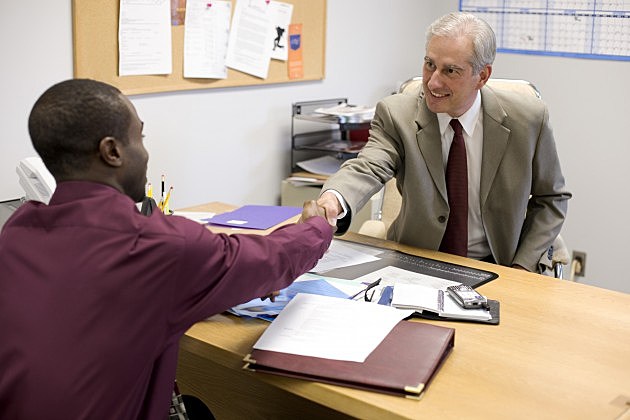 Despite the strength of Texas' economy in recent years and Shreveport's historic ties to the Texas economy, why is the region the fastest shrinking economy in the nation?

Shreveport demographer Elliott Stonecipher told 710 KEEL that Shreveport-Bossier's issues are routed deep down into the structural foundation of the city.

Historically, the Shreveport demographer noted the city and region has had a lot of help from Washington.

"We knew in the 1960s that one of our greatest natural resources here and elsewhere in Louisiana was that our two U.S. senators were among the most powerful in Washington and one of those, Russell Long, was chairman of the Senate Finance Committee, maybe the most powerful position there is in Washington in that context," explained Stonecipher.  "Because of that, we were able to attract what was then called the Western Electric plant as well as the General Motors plant and all the satellite industries.  We got over the hurdle of the fact that our labor pool for those plants was maybe not necessarily perfect.  But, what we did was we ran that string out and that string was the manufacturing string."

Stonecipher continued, "We need to remember that while it's true that manufacturing jobs including car making were exported overseas and into Mexico, it's also true that one of the booming General Motors plants anywhere in America for a very long time, whether it was before that exportation of the jobs or now after it, one of the biggest of the plants has been in Arlington, Texas, for a very long time.  It wasn't nearly as new.  It wasn't nearly as well equipped.  It didnt seem to be the kind of place that would be allowed to keep running when the Shreveport plant was closed."

"Why did we lose GM and Arlington didn't?" the Shreveport demographer hypothetically asked.  "I've asked that question to a lot of people that are a lot smarter than me.  I understand there are a lot of things that are indigenous to auto manufacturing complex again that say what happened.  I don't buy it.  I've listened, I've read, I've learned.  We in Shreveport did not provide for General Motors the many things that it takes for them to want to stay here and continue expanding here."

Among the things Stonecipher noted was a 'community spirit'.  The demographer noted that the historic racial division in the way politics is conducted in Shreveport and elsewhere in Deep South make it more difficult for outside companies to come in to a market like ours.

"Arlington has a community spirit that is pretty remarkable, maybe anywhere," Stonecipher offered as an opposite example to Shreveport.  "But I think that's probably a good example of again how who we have become in this racial division is just a huge turn off to any industry.  All of that says, look, we've even tried manufacturing.  We did it.  We did it successfully and we killed it because of whoever it is that we are."

In another round of compare and contrast, Stonecipher compares Shreveport-Bossier to the efforts that are being done just to our west in East Texas.

"I think it's interesting to point out Smith County and Gregg County are bulldogs," the Shreveport demographer explained.

"They have a lot of 'old' gas and oil money," Stonecipher continued.  "They have a lot of political influence with the Texas state legislature and Texas state officials.  They know when things are happening.  They tried very hard to make them come to their town.  They succeeded very well, by the way.  They took their big hits when the oil patch dried up in the 1980s and they learned their lesson.  We didn't."

Among one of the ways Stonecipher alluded to is the efforts in Gregg County with the Longview Economic Development Corporation.  What is most notable about doing a simple web search comparing what can be found about doing business in Shreveport compared to a market like Longview is the amount of noticeable work and effort, as well as information, can be found online helping new businesses relocate to Longview compared to that of Shreveport.

"When you have a meeting in Shreveport to decide who is going to sponsor an effort to bring a company here, when locals get together, you get in the room and you've got three or four competing interests.  Not unaminity of opinion.  You walk in and the Shreveport mayor wants to do one thing and wants public money to fund 'xyz,'"  Stonecipher told 710 KEEL.  "We're supposed to be there talking about a private concern that we want to bring here.  Then the other side steps in and says 'wait a minute we're already in the business of doing that, why don't y'all stay out of this until it's time for public officials to get in.'"

And the results are extremely apparent in the U.S. Conference of Mayors figures.  In 2011, Shreveport-Bossier generated $21.5 billion in economic output, producing a similar figure to Manchester-Nashua, NH; Chattanooga, TN; and Huntsville, AL.  In 2013, of that set, only Shreveport-Bossier saw a decline with total output dropping to $18.2 billion.

The conference also listed the metropolitan areas by largest and smallest annual growth with Longview placing 51st out of 363 metro areas, Tyler was 240th and Shreveport was dead last at 363rd.

Just looking at those numbers and doing a comparative Google search for Longview, Tyler, and Shreveport, you can begin to see why some cities on the surface are performing better than others when it comes to attracting new business.

Stonecipher explained it from another angle.

"We get in that room to pull together, check our hats and guns at the door, door the right thing for the community and 15 minutes into it, you've got a lot of self-dealing that's going on, you've got a lot of controversy," said Stonecipher.  "Therefore, the [Benteler] steel plant comes because the state economic development people did the deal, came up here and told the people here what they had to do.  That's a polite way of saying Shreveport can't do it on it's own it's gotta have somebody else to come up here and do it.  It's a problem."

So, what can Shreveport-Bossier do to attract new business?  What industries would have an interest in coming to northwest Louisiana?

"Well, we learned with Haynesville Shale that that worked," responded Stonecipher.  "I think it leaves the energy complex.  We may be too tied to it historically, but it's also what we know works and gets past these other issues that are in our way.  So, I literally don't know of another one.  That means when one comes along, I'm going to be as surprised as anyone else if it's going to actually happen."

Stonecipher: Shreveport Is As Racially Divided Today As In 1960s